Our Staff and Leaders

The Rev. Dr. Dan Holloway is an honorably retired pastor of the Presbyterian Church USA, who now serves as a consultant with Pinnacle Leadership Associates, an organization that offers consulting, coaching, and training for communities of faith and other organizations across the country. In that role, he has been privileged to work with a number of congregations in Charleston-Atlantic Presbytery in a variety of ways over the last four years. Prior to joining Pinnacle, Dan provided pastoral leadership for more than 40 years for Presbyterian congregations ranging in size from 37 to 1400 members, and found great joy in doing so.

Dan has been trained in conflict management and as a coach and consultant, and loves to work with congregations seeking to discover and pursue God’s mission in the world. He often leads retreats for church sessions and has done that twice for us here at JIPC. He has served the larger church as a conflict consultant, presbytery moderator, member of the Committee of Ministry, commissioner to Synod, and as a commissioner to General Assembly twice, including serving once as moderator of a major GA Committee. He has also been deeply involved in community outreach, with a special concern for public education.

Dan has been married to Carol Forbes Holloway for forty-five years and they have two children and five grandchildren. He grew up in Alabama, where he once met Bear Bryant, and thereafter became a huge fan of the Alabama Crimson Tide. He is a graduate of Samford University in Birmingham with a BA in Sociology and Columbia Theological Seminary in Decatur, Georgia, where he received his Doctor of Ministry degree. Dan and Carol currently live in Irmo, SC, where they are near their daughter and family, including three of their grandchildren.

Dan and Carol share a love for the game of golf and are often found on the course together in their free time. They likewise enjoy bike rides and long walks on the beach and have developed a deep appreciation for the low country in recent years. Dan was deeply grateful for the invitation to serve as the Bridge Interim Pastor for the JIPC community of faith in June and July and greatly assisted our efforts during this season of transition. 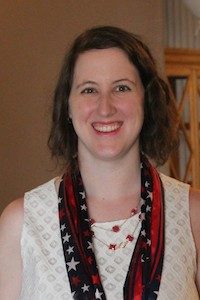 In October 2016, Elizabeth married Tom Nix. They have an energetic, friendly dog named Tove (the Hebrew word for good) who enjoys running and playing tug of war. Elizabeth enjoys spending time with friends and family, traveling, swimming, and singing loudly to the car radio. She believes God has brought her to John’s Island and is excited to begin serving our congregation.  E-mail: enix@jipc.org 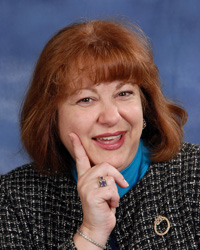 Elaine joined our staff in February 2008 with outstanding organizational skills and a life-long love of learning. Her responsibilities include managing the day-to-day operations of the business side of the church. Her son, Andrew, graduated from Trident Technical College in 2021 and also lives in the area. Email: eearl@jipc.org 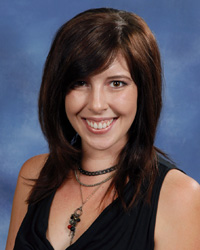 Sarah began studying music at age five and continued her piano studies at Charleston County School of the Arts and the South Carolina Governor’s School for the Arts and Humanities, where she studied with Drs. Sasha Starcevich and James Lent. Sarah attended the College of Charleston, where she studied piano with Enrique Graf, organ with Dr. Bill Gudger, and composition with Dr. David Maves. Sarah joined the staff at Johns Island Presbyterian Church in August of 2009. In addition to playing both the organ and the piano, Sarah also enjoys teaching and working with children. She leads the After School Arts Program at the church, directs the adult and children’s choirs, as well as the festival choir, a unique ensemble which performs on special occasions throughout the year.  E-mail: ssmith@jipc.org